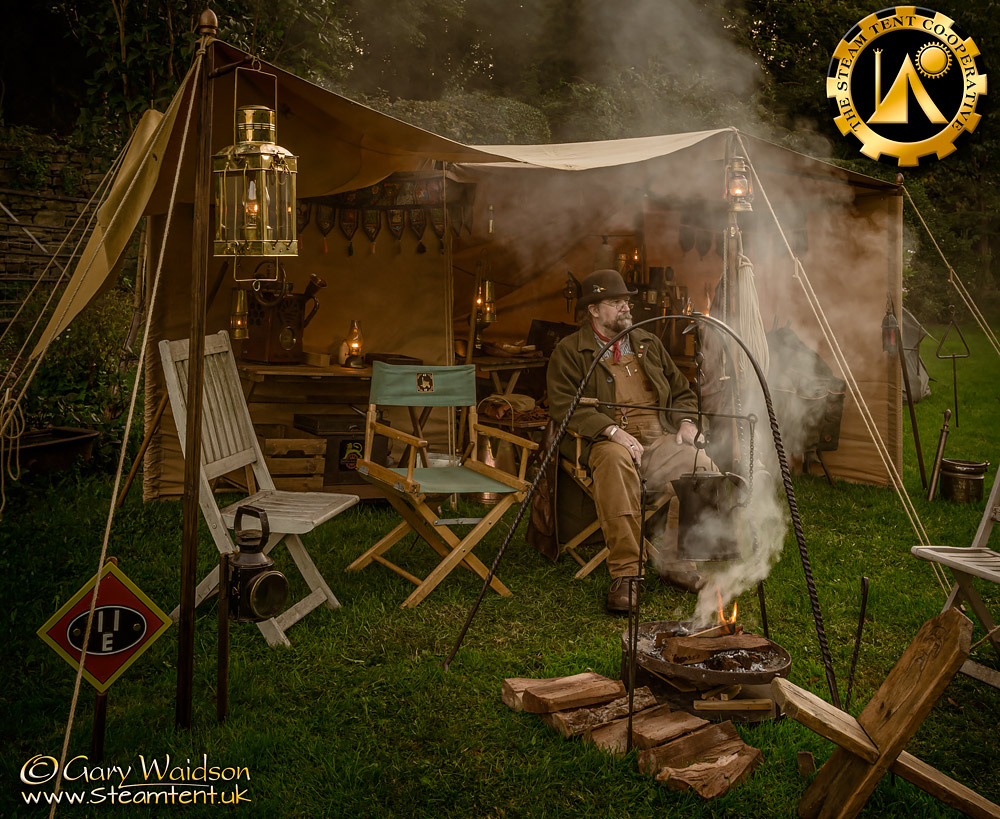 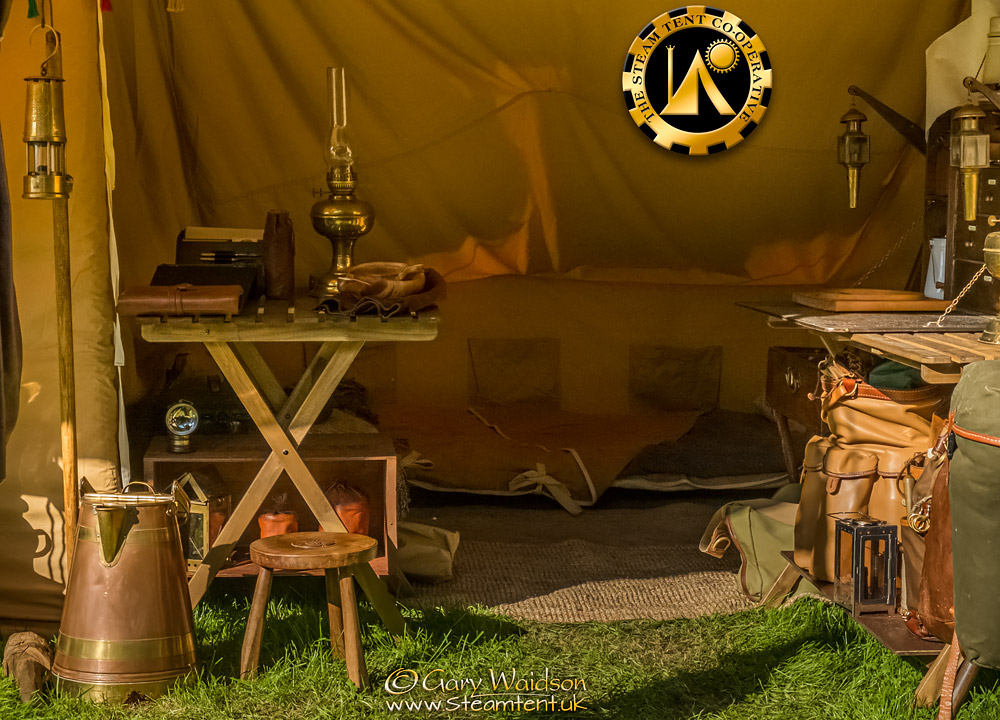 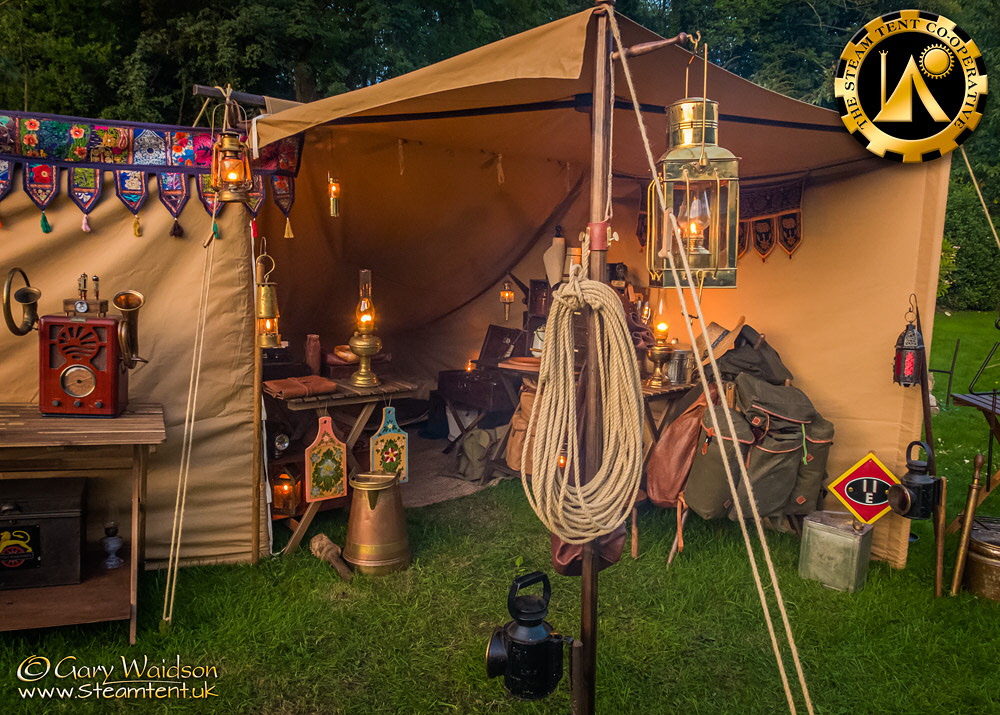 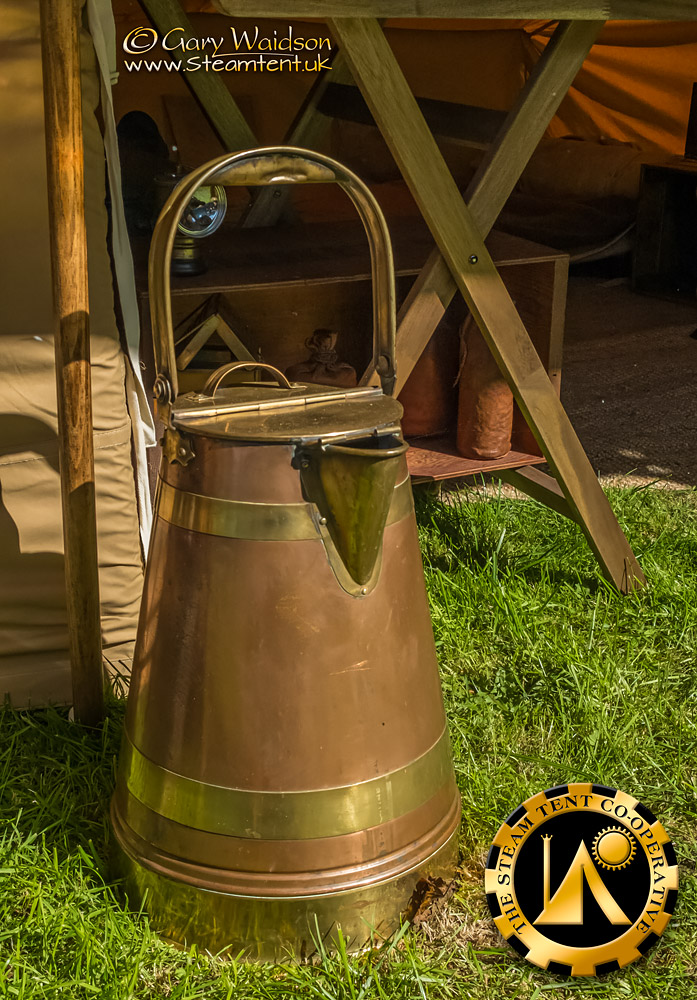 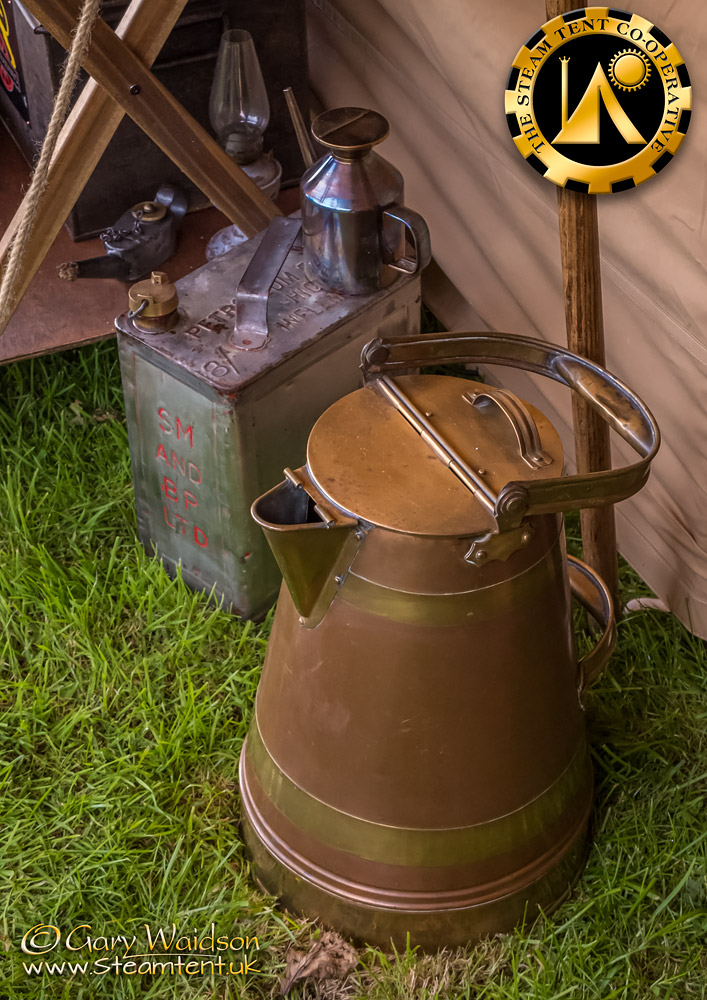 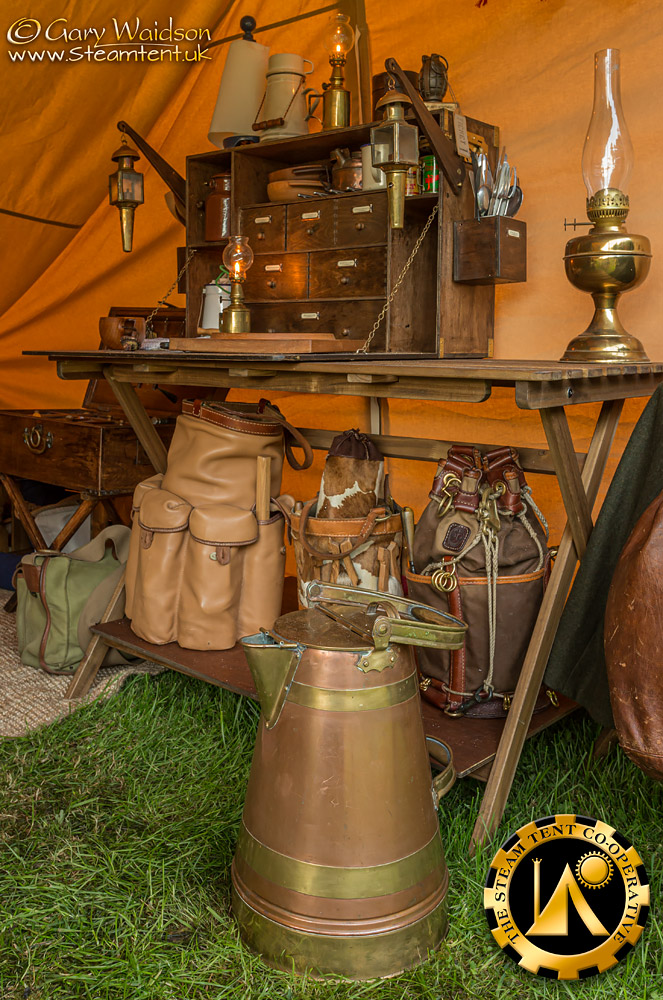 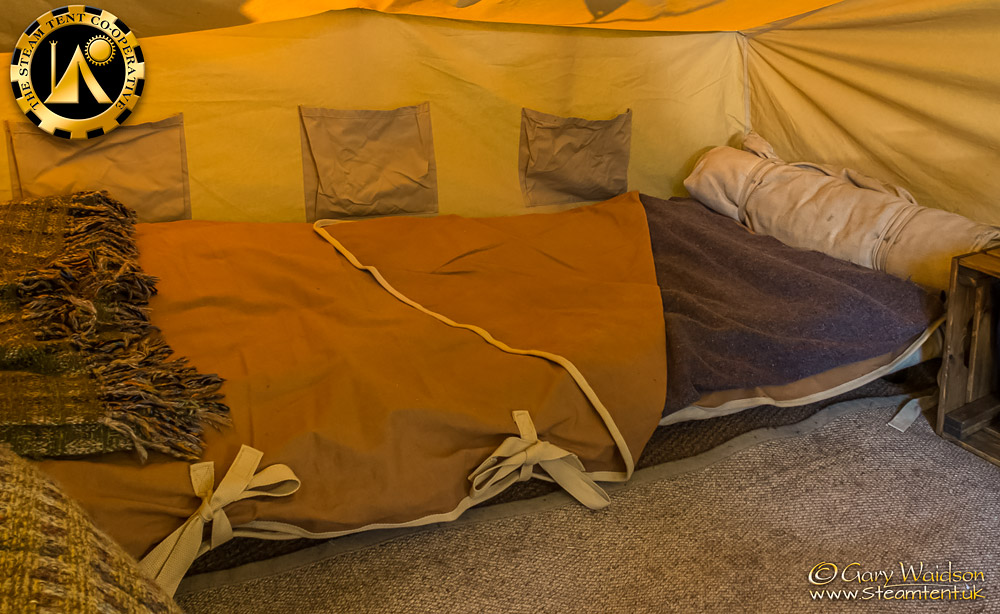 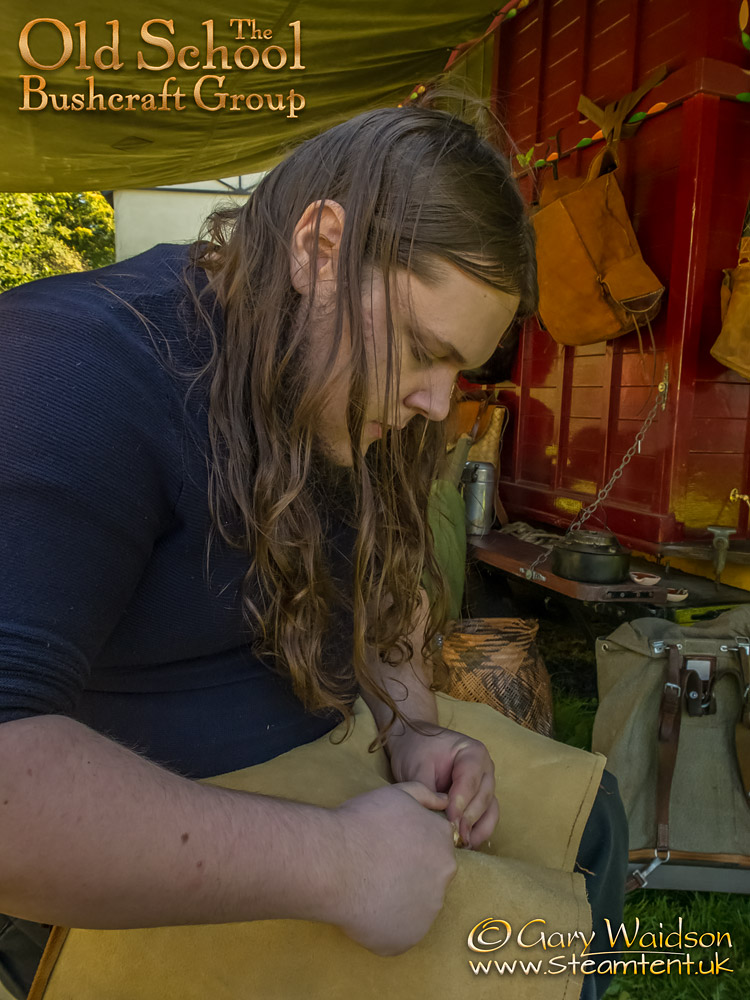 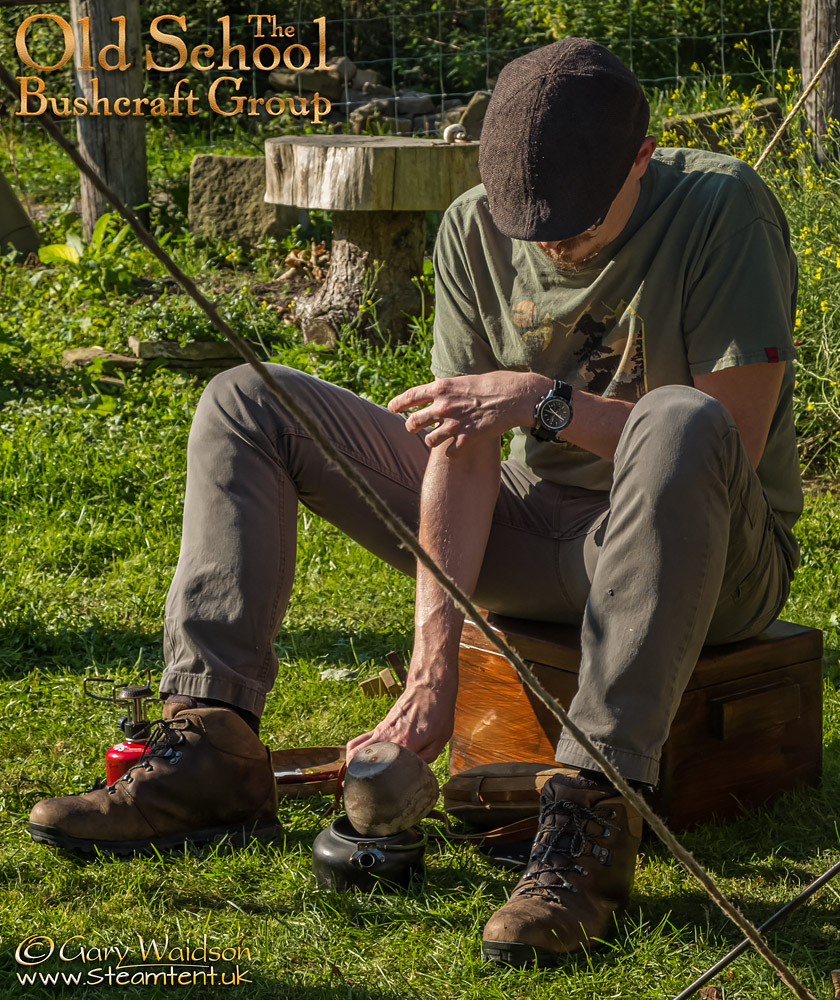 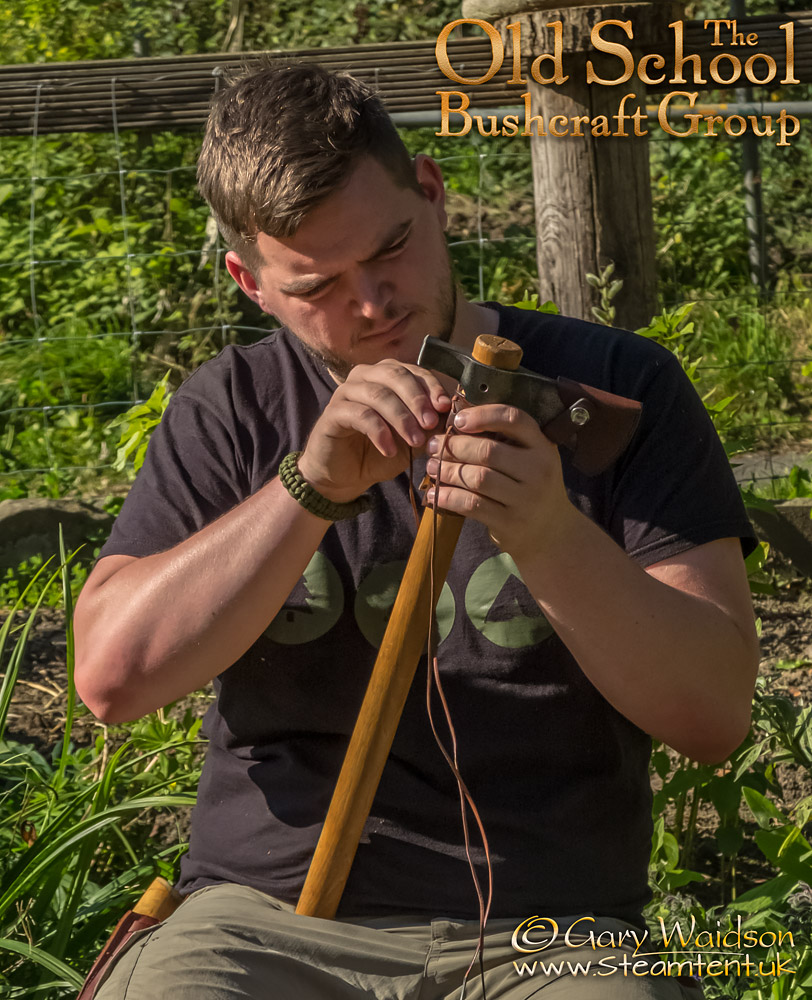 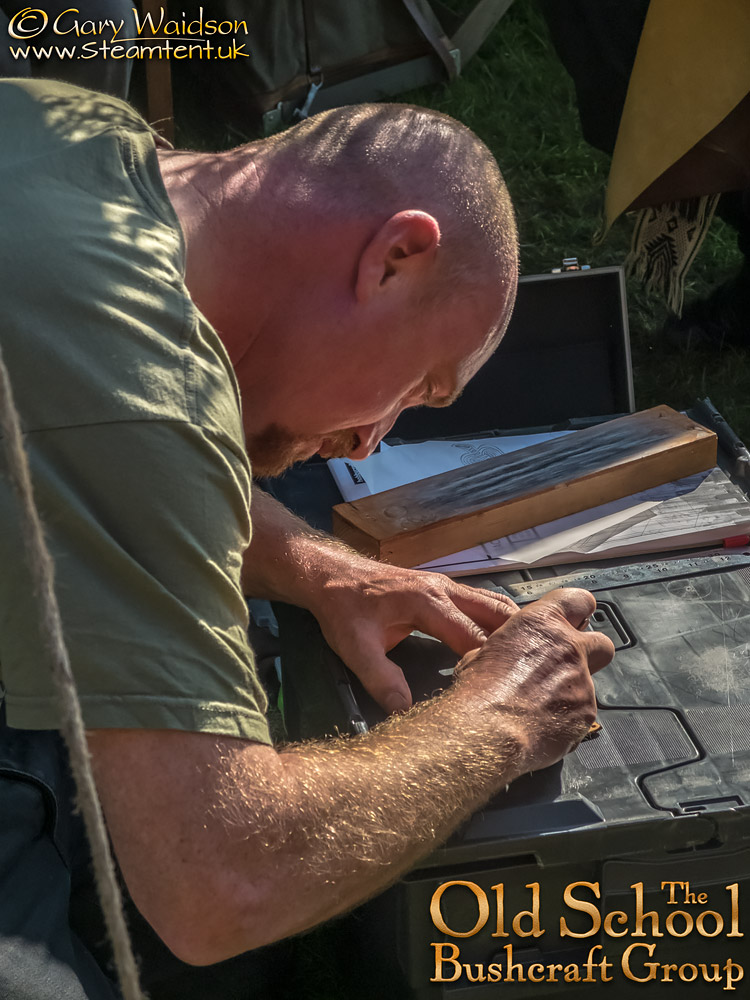 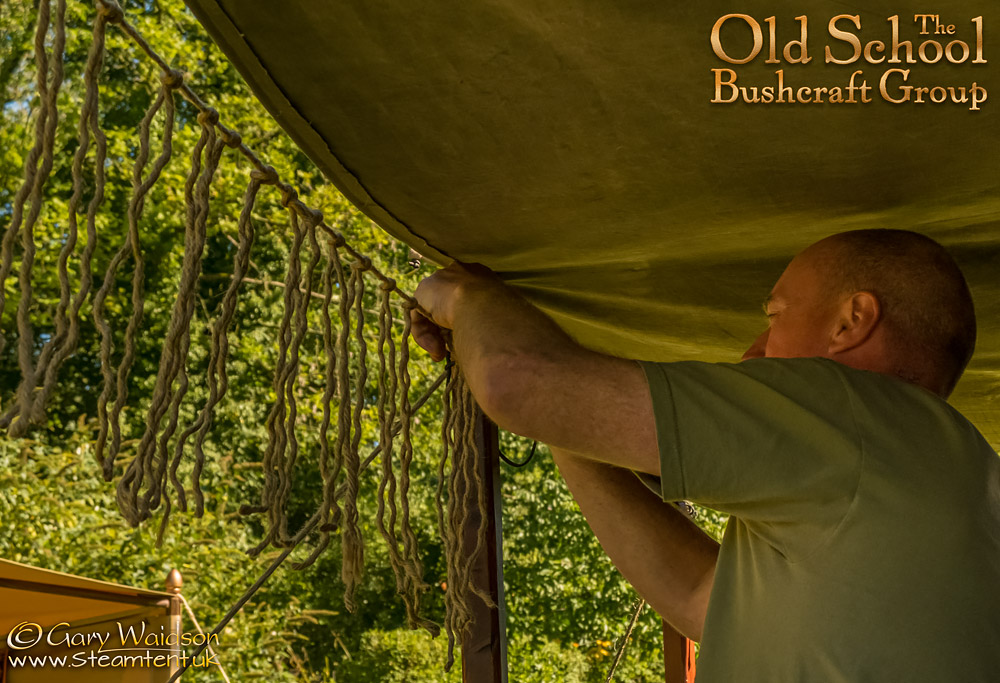 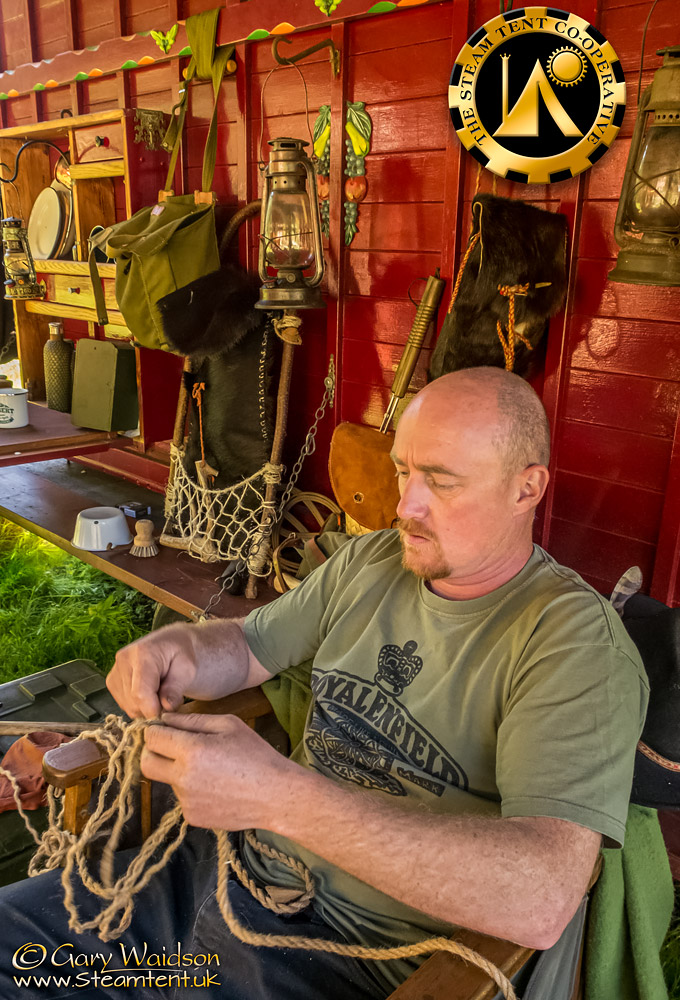 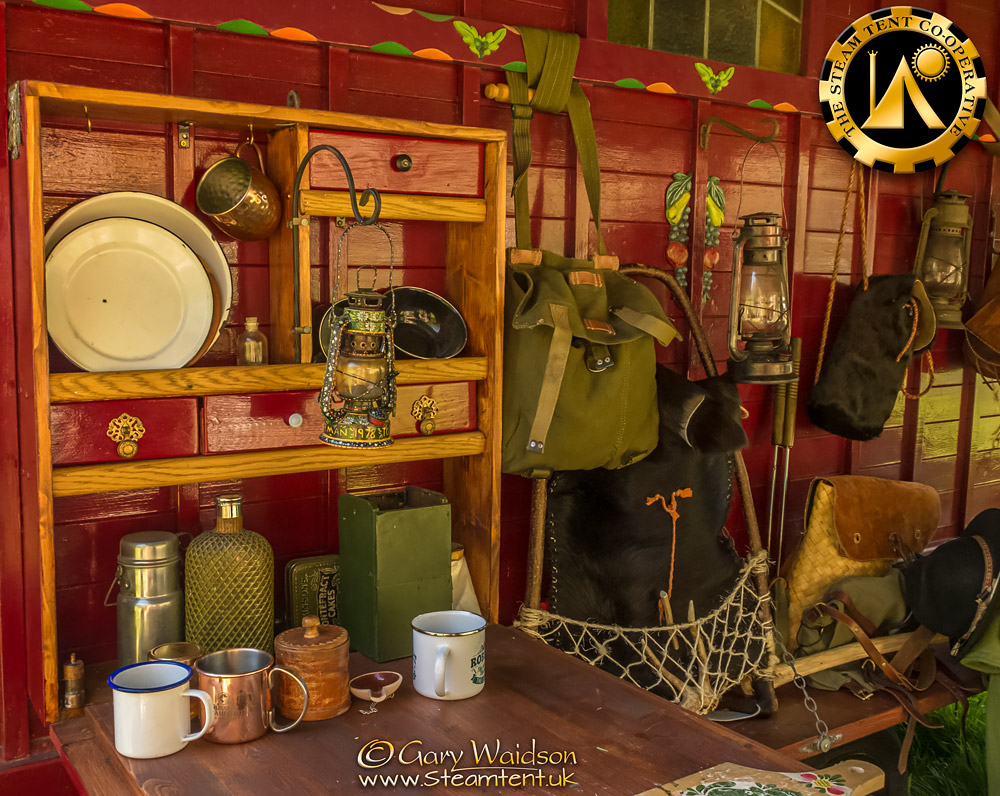 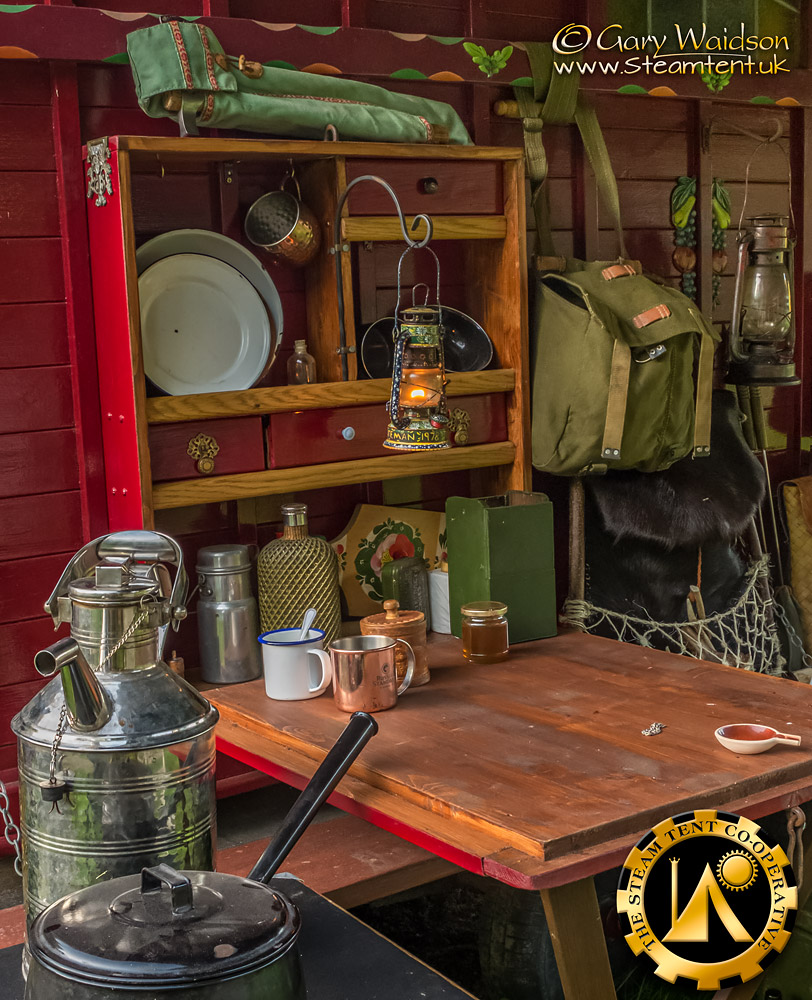 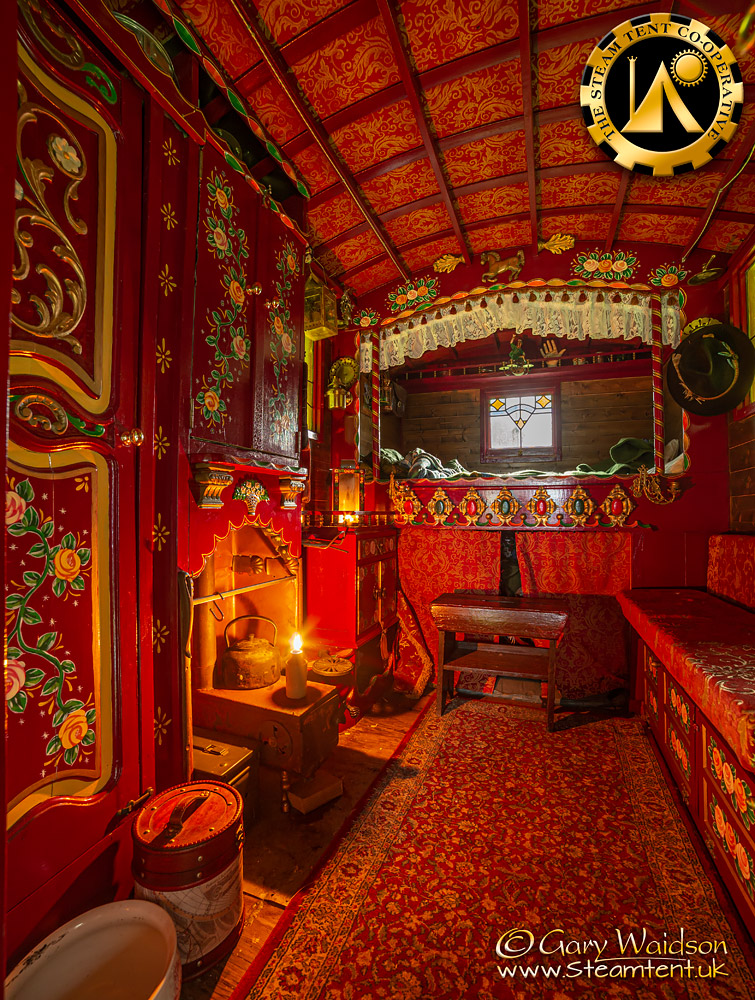 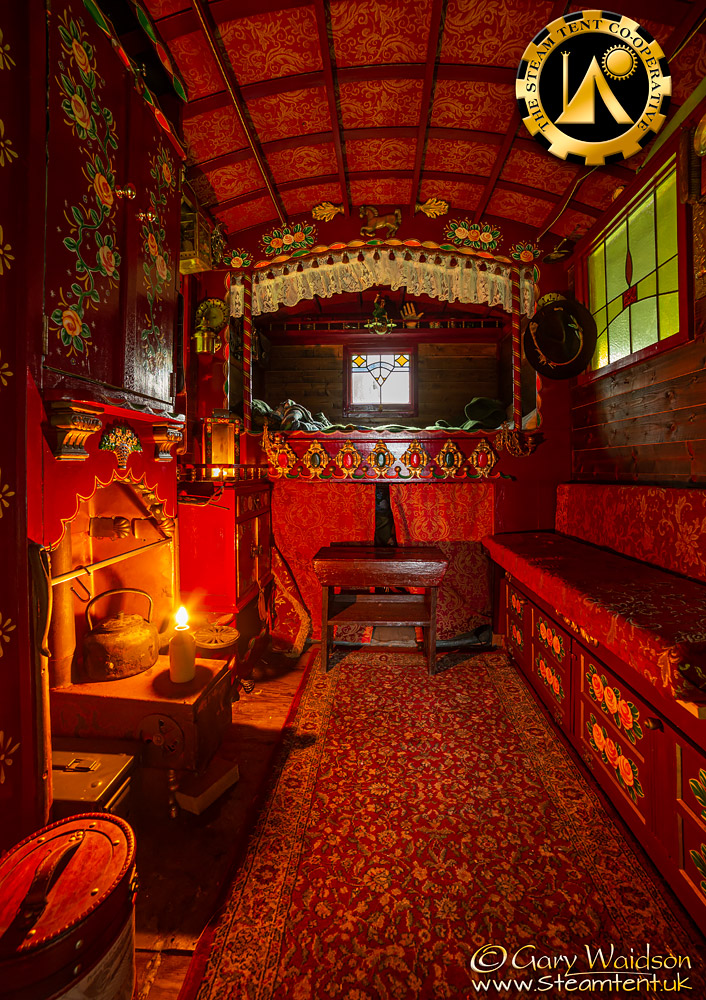 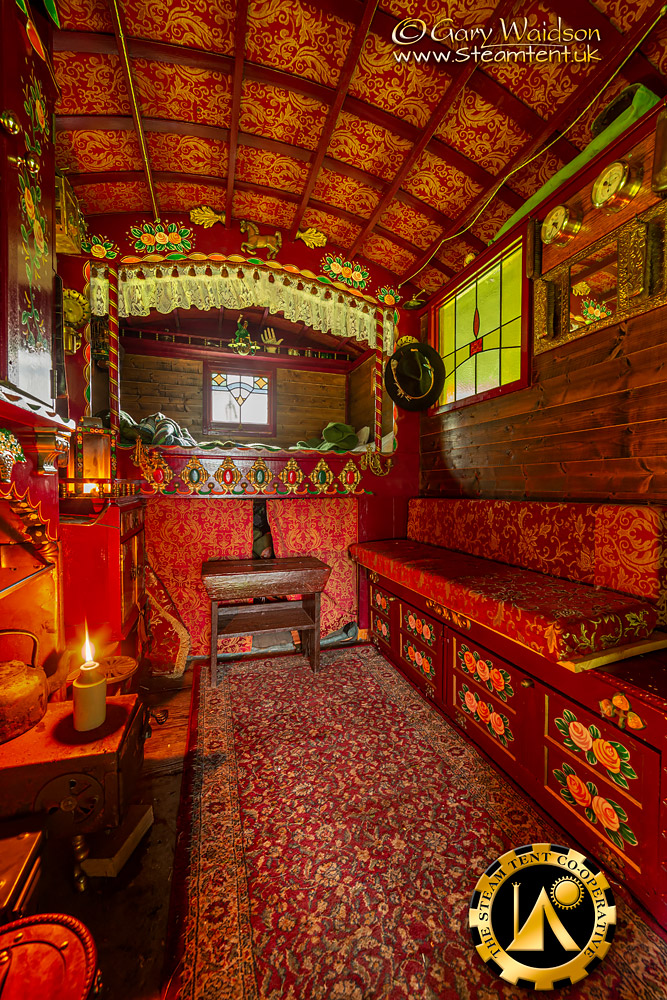 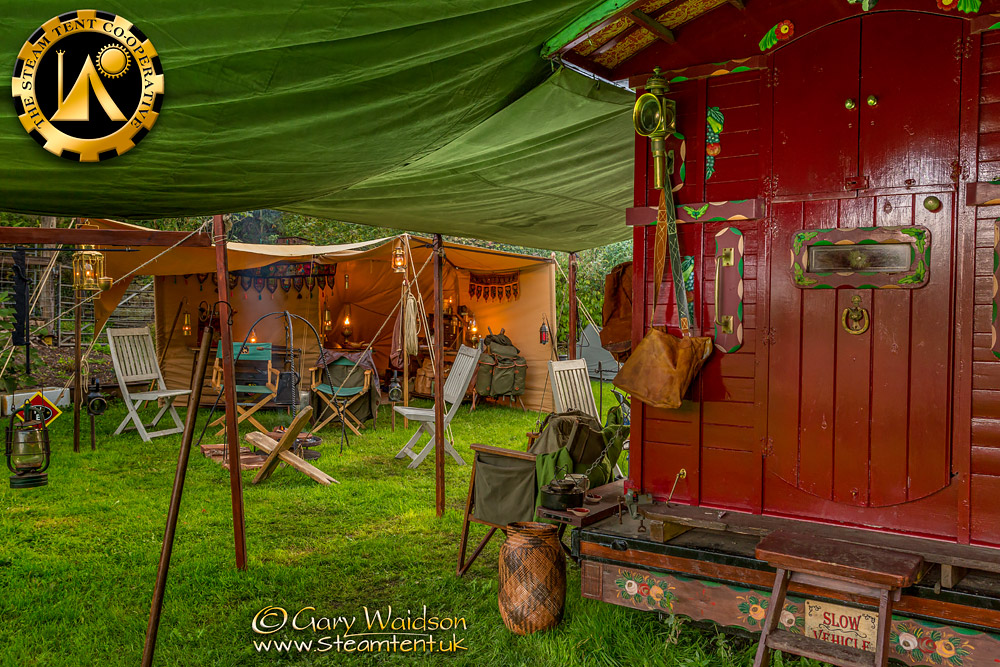 I’ve been interested in outdoor life and skills from before the time the “Bushcraft” became a popular term. The Steam Tent Co-operative is just the latest incarnation of that life long passion.

As a result I  know a lot of people with the same interests and some of those associations led to the formation of this group.

The idea was to step away from the modern commercial approach and embrace a more old fashioned experience.

In many ways there is a large overlap with the STC way of doing things so  I thought it would be appropriate to post a few pictures from their first group camp here.

As usual, I took more than the necessary amount of camping equipment because I wanted to make a good impression and possibly inspire a few people to join us on future camps of our own.

One item I was particularly keen to try out was a nice Buckby Can I had recently acquired.

We generally keep a couple of stoneware barrels on site for clean water but they are heavy and somewhat delicate to transport.

A Buckby Can is made for the purpose and widely used on narrow boats.

Many people call  these water cans 'Buckby Cans' but strictly speaking a 'Buckby Can' was  specifically a water can that had been bought from Buckby on the Grand  Union Canal. In   truth, I have no idea where this one was made.

The wide base makes them stable when sitting on the cabin roof where they were handy for filling at any convenient water stop along the way.

Most often made from galvanised steel and painted with traditional patterns, this example is made from copper and brass, tinned on the inside, and fits in so well with the rest of our gear it looks like it has been there forever.

This will generally be available for all in the front of the utilitent near the chuck box.

Another recent project that had it’s first outing on this camp was my new canvas bed roll.

Seen below laid out on the old military stretcher I use for a camp bed, with cotton stuffed  palliasse on it for insulation, it made a very comfortable bed for the weekend. 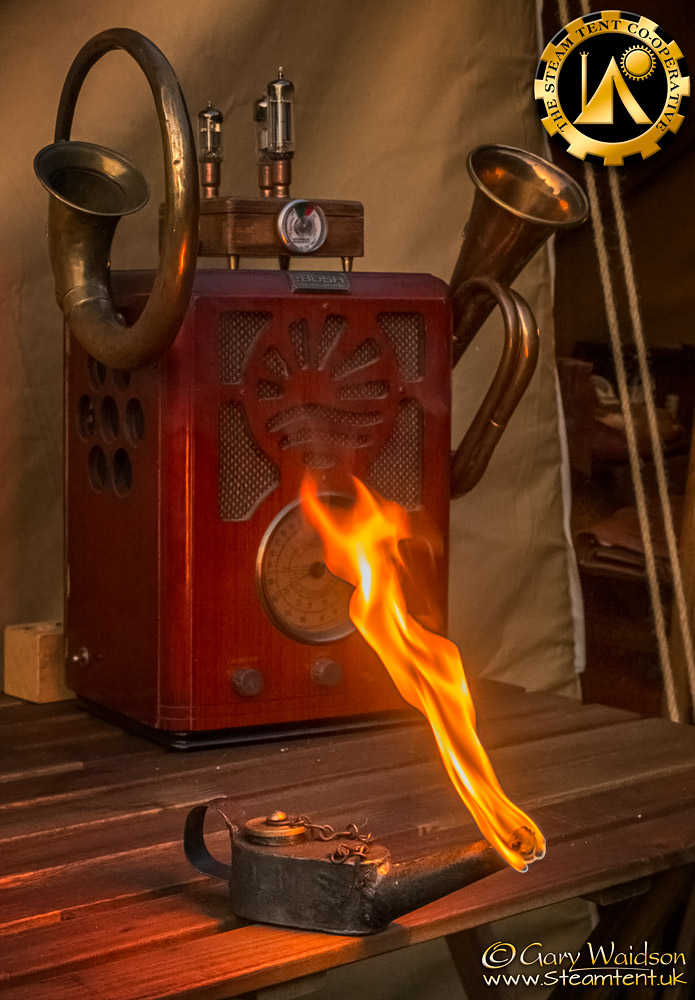 Yet another curio that I was interested to try out was this little railway lamp.

Used for engine inspections and often  referred to as oil flares these were a less refined lamp from the great age of steam.

This one came from the LMS railway company which my grandfather worked on so when I found it amongst a pile of other less well preserved lamps I thought I would give it a home.

Here you see it fuelled with paraffin which some sources say they were used with. Looking at the size of the wick and the resulting flame produced, I suspect that they may have used light oil instead.

An experiment for another day perhaps.

Beyond the normal necessities of camp life, the plan was to engage in some skill sharing and craft work, something I  am always keen to promote.

We were fortunate to have the voluntary services of James Body, a skilled leather worker to show a few people the basics of leather carving.

A couple of people managed to make  decorated axe shaft masks on the Saturday.

We even had a little bit of flint knapping going on, mainly to supply flint strikers for fire lighting.

Riam stripped a piece of old rope down for making a small net for hanging bits and pieces from on the side of his living van.

In many ways, the character of the weekend was set by this wonderful construction which took pride of place in the heart of the camp.

Built from scratch upon an old trailer for a base, I cannot imagine how many hours of work he must have put in to finish this off. Frankly it puts any of my projects well and truly in the shade.

Without knowing more of the details of it’s construction I cannot say much more than the fact that I am in awe and I hope my following pictures do it some justice.

I have for some time thought that we could do interesting things with a theme based upon Romany Gypsies and perhaps the culture that developed around the canals and narrow boats.

Although this site is very small, possibly only big enough for 6-7 pitches, I think this living van would make a fantastic show piece in the centre of a future Steam Tent encampment.